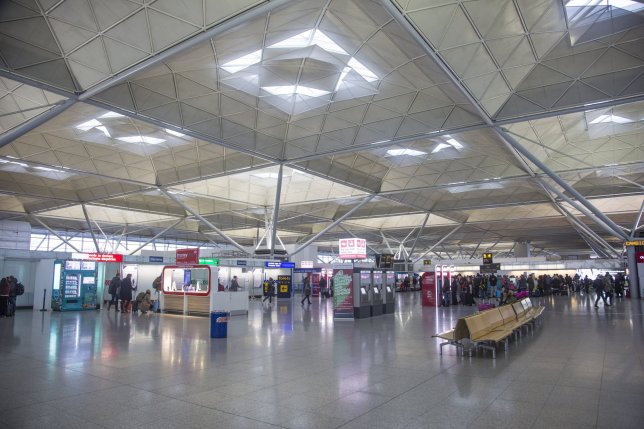 It has come to our attention that in certain areas of your airport there are advertising banners of
“Pegasus Airlines” which promotes flights to the illegally occupied by Turkish forces, Northern part of
the Republic of Cyprus, which is described as “North Cyprus” in the specific banners. By having these
advertising banners in your airport, you are supporting and promoting an illegal pseudo-state, a result
of the brutal Turkish military invasion, and you are in direct conflict with many UN resolutions and
International law. In addition, your actions ignore the extensive and on-going violations of human
rights which occur from the day Turkey invaded Cyprus, a country which is a full member of the
European Union since 2004. The pseudo-state that your airport promotes, the so-called “TRNC”, is
recognised only by Turkey and represents nothing more but four decades of pain and suffering of the
200,000 refugees, the families of the 1619 missing persons and the descendants of the thousands of
brutally murdered soldiers and civilians. Not only does the existence of these banners promote the
recognition of the pseudo-state, but the fact that the pseudo-state is referred to as “North Cyprus” is
aimed at misguiding tourists in relation of the status of the purported state.

UN Resolution 550 (1984), “Reaffirms the call upon all States not to recognise the purported state of
the “Turkish Republic of Northern Cyprus” set up by secessionist acts and calls upon them not to
facilitate or in any way assist this the aforesaid secessionist entity.” The Council of Europe,
responding to Cyprus΄ Interstate Applications, has found Turkey, through the relevant reports of the
European Commission of Human Rights, responsible for serious violations of the European
Convention for the Protection of Human Rights and Fundamental Freedoms, in the part of Cyprus
occupied by Turkey (Cyprus v. Turkey, Joint Apps. 6789/74 and 6950/75, 26 May 1975; Cyprus v.
Turkey, App. 8007/77, 10 July 1978). In addition, the European Court of Human Rights in its decision
regarding the Fourth Interstate Application by the Cyprus Government against Turkey, (Cyprus v.
Turkey, App.25781/94, Judgment of 10 May 2001), found Turkey guilty of gross violations of human
rights in Cyprus and in continuing violation of a number of articles of the ECHR (Articles 3, 8, 9, 10, 13
of the Convention and Article 1 of Protocol 1 to the Convention). Furthermore, in the landmark case of
Titina Loizidou, a Greek-Cypriot refugee from Kyrenia, the European Court of Human Rights held that
the denial to the applicant of access to her home in the occupied by Turkey territories of Cyprus and
the loss of control of her property was imputable to Turkey and its subordinate local administration.
The Court ruled that Loizidou remains the legal owner of her property in Kyrenia, and that Turkey is in
violation of the European Convention not allowing her to access her property (Loizidou v. Turkey,
(Merits), Case no. 40/1993/435/514, Judgment of 18 December 1996).

Upon these facts, we request some explanations as to why flights to the occupied part of Cyprus are
promoted by your airport through the existence of Pegasus’ advertisements and why has your airport
ignored all the aforementioned facts, international law, as well as the decisions of successive UK
governments not to recognise the so-called “TRNC” and proceeded to allow these advertisements to
be placed in areas of the airport. Furthermore, we would like to know which, if any, official public body
has approved of these advertisements and provide us with a detailed analysis of all the public
institutions that can be contacted. We firmly request that you reconsider your decision to allow these
advertisements in your airport and contemplate upon the impact on the use of your airport by Greek
Cypriot travellers.