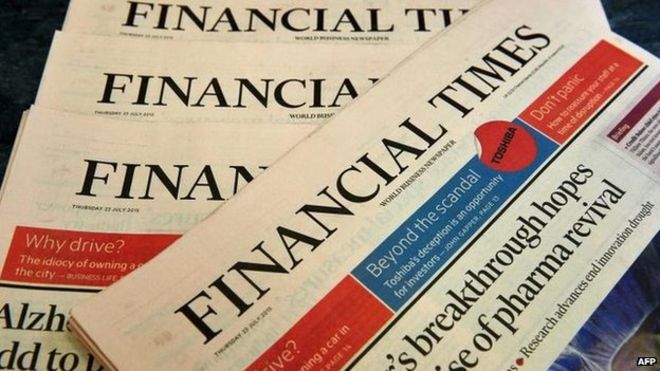 It has come to our attention that one of your articles written by Michael Hodges (http://www.ft.com/cms/s/2/2d836c9c-ee05-11e2-816e-00144feabdc0.html#axzz2ZmrG16m8) promotes the illegally occupied by Turkish forces, northern part of the Republic of Cyprus, as a peaceful holiday destination. By supporting and promoting an illegal pseudo-state, a result of the brutal Turkish military invasion, the article as well as your newspaper, is in direct conflict with many UN resolutions and International law. In addition, your actions ignore the extensive and on-going violations of human rights which occur from the day Turkey invaded Cyprus, a country which is a full member of the European Union since 2004. The pseudo-state that Mr Hodges promotes, the so-called “TRNC”, is recognised only by Turkey and represents nothing more but four decades of pain and suffering of the 200,000 refugees, the families of the 1619 missing persons and the descendants of the thousands of brutally murdered soldiers and civilians.

UN Resolution 550 (1984): “Reaffirms the call upon all States not to recognise the purported state of the “Turkish Republic of Northern Cyprus” set up by secessionist acts and calls upon them not to facilitate or in any way assist this, the aforesaid secessionist entity.” The Council of Europe, responding to Cyprus΄ Interstate Applications, has found Turkey, through the relevant reports of the European Commission of Human Rights, responsible for serious violations of the European Convention for the Protection of Human Rights and Fundamental Freedoms, in the part of Cyprus occupied by Turkey (Cyprus v. Turkey, Joint Apps. 6789/74 and 6950/75, 26 May 1975; Cyprus v. Turkey, App. 8007/77, 10 July 1978). In addition, the European Court of Human Rights in its decision regarding the Fourth Interstate Application by the Cyprus Government against Turkey, (Cyprus v. Turkey, App.25781/94, Judgment of 10 May 2001), finds Turkey guilty of gross violations of human rights in Cyprus and in continuing violation of a number of articles of the ECHR (Articles 3, 8, 9, 10, 13 of the Convention and Article 1 of Protocol 1 to the Convention). Furthermore, in the landmark case of Titina Loizidou, a Greek-Cypriot refugee from Kyrenia, the European Court of Human Rights held that the denial to the applicant of access to her home in the occupied by Turkey territories of Cyprus and the loss of control of her property was imputable to Turkey and its subordinate local administration. The Court ruled that Loizidou remains the legal owner of her property in Kyrenia, and that Turkey is in violation of the European Convention not allowing her to access her property (Loizidou v. Turkey, (Merits), Case no. 40/1993/435/514, Judgment of 18 December 1996).

Upon these facts, we request some explanations as to why Mr Hodges has chosen to promote this illegal state without mentioning anything about the on-going occupation of the island and instead referring to the occupied areas as “the Turkish Republic of Northern Cyprus”. Furthermore, he encourages tourists to visit the occupied areas, stay in hotels and visit places previously owned by the Greek Cypriots and taken away from them by force in 1974, and thus reinforce Turkey’s aim of their illegal state to be recognised. In the previous years, there was a similar incident in London Underground, with the Turkish Airlines “PEGASUS” promoting flights to the occupied areas of Cyprus, and after some legitimate steps that were taken the advertisement was withdrawn. This is the same company Mr Hodges was a guest, amongst others, and clearly depicts the same illegitimate purposes which serve to promote an illegal entity.

Thanks very much for your letter regarding Michael Hodges’ article.

I am very sensitive to the concerns you raise, but this was not an article about the political situation in Cyprus or the history of the war or 1974 invasion. I believe our readers are fully aware of that background, and the ongoing dispute in Cyprus, and so it would be unnecessary to insist every article about the island includes reference to that. Had this been, say, an article about investing in property in North Cyprus, then of course the background of the civil war would have been wholly relevant. In fact it was a piece about 13th and 14th century history.

In the same way, I would consider it acceptable to write a piece about the history of the Potala Palace in Lhasa, for example, without covering the Chinese invasion of that country and continuing violence. The interest in the Potala Palace would in no way condone the appalling human rights abuses and death toll of that invasion. Similarly, it would be acceptable to write about the arts scene in Belfast without referencing the ongoing dispute there.

You infer support for the Turkish side in this ongoing dispute, but that is not the case. In general terms, it is true that tourism can offer financial support to a regime, but it does not necessarily follow that those tourists condone that regime simply by their presence. Drawing another comparison – travellers who visited the Buddhas of Bamiyan during the 1990s were not implying their agreement with the ruling Taliban. Again speaking in general terms, tourism can be a force for good in troubled regions by raising awareness on the international stage and by ensuring the free spread of ideas.