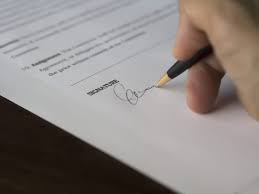 To the British High Commission,

I am contacting you on behalf of the Cypriot student movement METOPO in the
United Kingdom to inform you for some unpleasant news in relation to the
arranged university exhibition for UK universities organised by the British Council
in Cyprus on the 12th and 13th of November. According to the communication
we have received from Mr. Chris Sofroniou, on behalf of the counsellors and
representatives of UK universities here in Cyprus, the British Council choses to
organise a separate exhibition, for the second consecutive year, in the occupied
capital, Nicosia. The worst of the case is that in its official website it merely
shows the dates of the exhibition for those dates that will take place in the
Republic of Cyprus but makes no mention of the ones that will take place in the
occupied areas. Regardless of the above situation, the British Universities
confirm their attendance for the exhibition.

A more alarming fact is that the British Council maintains a separate office in the
occupied capital which effectively serves to promote a segregating agenda thus
supporting the validity of a non-recognised state in the Republic of Cyprus.
Last year, we managed, along with the cooperation of other students abroad, to
persuade a considerable number of universities to withdraw their participation as
a result of this unacceptable case. This year, we considered that there would not
be any similar exhibitions purported to take place since we our last year’s efforts
made it clear that actions are not supported but opposed by the citizens of the
Republic of Cyprus. Unfortunately, our hopes and expectations have not been
met and consequently we urge the British High Commissioner and the services of
the High Commission to act immediately. The phenomenon has to end.
Alternatively, certain injunctions have to be imposed on the British Council as
well as the UCAS (Universities and Colleges Admissions Service) which support
the aforementioned event and has overall supported an active separatist
approach as regards the existence of two separate states in the Republic of
Cyprus. As a student movement, we have already dispatched complaint letters to
the Ministry of Foreign Affairs, the British Council as well as individually to each
of the participating universities in the event.

Lastly, we are pleased to say that we recognise the right to education for every
legal citizen of the Republic of Cyprus, including the Turkish-Cypriots. We ask for
your immediate and dynamic interference which will effectively end these
segregating acts and restore the previous situation, when the Turkish-Cypriots
had to attend the exhibition in the Republic of Cyprus.