Do You Stand With Refugees?

In Cyprus – a small Mediterranean Island and a member of the European Union since 2004 – people are still being deprived some of the most basic human rights and freedoms. In 1974, the people of Cyprus became refugees in their own homeland.

In order to escape the Turkish atrocities and barbaric crimes which threatened their lives, thousands of families were forced to flee their homes, leaving everything behind. They are doomed to see their homes from a distance and are only able to reminisce on memories, since Turkish armed troops that are still illegally occupying half of the island, forbid their return. We stand on the belief that refugees have a right to live with dignity and regain what legally belongs to them.

Imagine YOUR homeland being divided and YOUR family being forced to flee your home.

On November 15th 1983, Turkey proceeded in self-proclaiming the declaration of a pseudo-state, the so-called “Turkish Republic Of Northern Cyprus” (“TRNC”). This illegal entity, is recognised ONLY by Turkey, while the European Court of Human Rights (ECtHR) verified that this illegal state is under the absolute control of the Turkish army. In addition the ECtHR found Turkey responsible for many human rights violations in Cyprus. 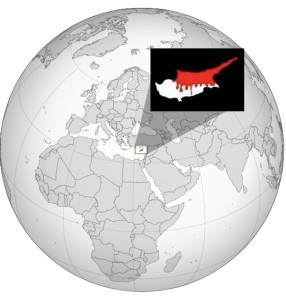 A Brief Chronology of Events

January 1950: A referendum took place, expressing the national desire of Unification of the Cypriot Island with Greece (“ENOSIS”), where 95.7% voted in favour (including Turkish Cypriots). The outcome of the referendum was rejected by the British Empire who had control of the island as one of its colonies.

April 1955-1959: An armed movement, EOKA, was subsequently organised, serving the ultimate objectives of freedom from British rule and the union of Cyprus with Greece.

August 1959: The uprising stops as the Zurich-London Agreement is signed. This agreement granted “guarantee” powers to Greece, England and Turkey, and two military bases to the UK. In fact, despite the military win of EOKA over the colonial forces, the British Empire again refused the unification.

August 1960: “The Republic of Cyprus” was established, and was recognised by the United Nations Security Council Resolution 1955.

1963: The given constitution had many flaws, that lead to bi-communal clashes, where the Turkish Cypriots created geographical ‘pockets’ where no Greek Cypriot had access. In addition the Turkish Cypriot MPs abandoned their places in Parliament.

1964: After some clashes ,Turkey’s Airforce bombed Τylliria Area, using amongst others, Napalm Bombs.

20 July 1974: After a military coup in Cyprus on the 15th, Turkey, using their power as guarantor, invades the island, illegally capturing a proportion of the north island.

14 August 1974: Turkey moves to a second wave of the invasion, without any excuse. Famagusta was captured.

-37% of the island is still under illegal military occupation until today.
-In total, 17 Resolutions are adopted by the UN General Assembly regarding Missing persons and Human Rights violations in Cyprus by Turkey.

Facts: Turkey is Guilty! - The aftermath of an invasion

As a result of the violent Turkish invasion in July and August 1974:

3,000 people were killed, including women and children

1/3 of the total Greek population of Cyprus were displaced (that amounts to about 200,000 people)

1,619 Greeks were declared missing, which Turkey never accounted for till this day. Many of these were last seen being sent for torture in Turkey, most of which are presumed dead, with relatives still hoping that one day they will find out what happened to their loved ones.

37% of geographical area of the Republic of Cyprus is still under illegal military occupation, since 1974.

500 Greek Cypriots are still enclaved in the northern occupied part of the island, under strict Turkish stratocracy.

The turks pillaged and completely destructed Christian churches, monasteries and cemeteries, and illegally traded monuments and heirlooms abroad, in order to distort the Greek cultural heritage of the island. Turkey forced settlement of thousands of innocent Turkish people in the northern side of Cyprus, with a view of altering the initial population percentage. 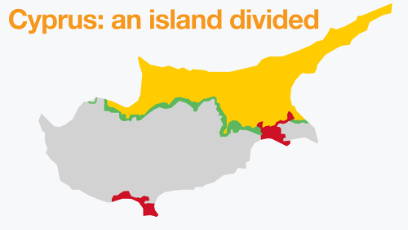 The tragedy of people losing their homes and families, the uncertainty for the future of the prisoners of war, the grief of  innocent children… are all VIOLATONS of human rights and should be condemned. 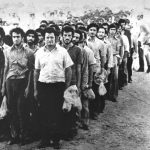 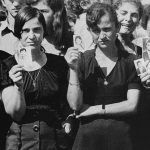 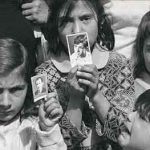 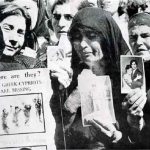 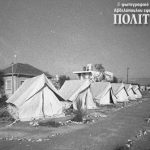 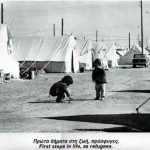 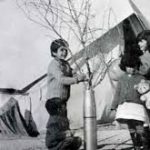 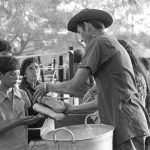 METOPO Cypriot Student Movement is a non-partisan organisation, founded in 2006, where a group of students impulsively decided that they had a duty to defend their values and ideals.

Amongst us are students deriving from different political backgrounds, whose common goal and ambition is neither self-projection, nor the promotion of any political party. As a movement based in the UK, we are constantly trying to resolve the issue of Turkish propaganda, and our aim is to awaken our fellow students. Our ambition is to help the development of conscientious citizens who are prepared to fight for their rights and freedom, and we ask for your support in our struggle to battle.

“He who remains silent, is taken to consent”

Click Here to view the information in Triptych Form (Printable)