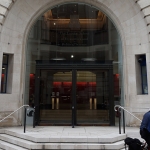 We are contacting you regarding the lecture “What the Future Holds for the Cyprus Talks” hosted by your University on the 17th of February 2015. In the formal announcement for this event, the so-called foreign minister of the occupying regime in Cyprus was presented as the “Foreign Minister of the Turkish Republic of Northern Cyprus”. Instead of presenting the truth which is that 37% of the island is illegally occupied by Turkey as a result of the 1974 military invasion, you imply that that the so called “TRNC” is a legal entity. The so called “TRNC” is not recognised by any state besides Turkey and that is because it is the result of illegal use of force prohibited by article 2(4) of the UN Charter. You are ignoring the fact that the only legal entity which exists on the island and is representative of the whole island, is the Republic of Cyprus.

By supporting and promoting the “TRNC”, an illegal pseudo-state which is result of the brutal Turkish military invasion, you are in conflict with many UN resolutions and the International law. In addition, your actions ignore the extensive and on-going violations of human rights which occur from the day Turkey invaded Cyprus, a country which is a full member of the European Union since 2004.The pseudo-state that you promote represents nothing more but four decades of pain and suffering of the 200,000 refugees, the families of the 1619 missing persons and the descendants of the thousands of brutally murdered soldiers and civilians.

UN Resolution 550 (1984), which as you should know was assembled by the British Foreign Office when Margaret Thatcher was Prime Minister, “Reaffirms the call upon all States not to recognise the purported state of the “Turkish Republic of Northern Cyprus” set up by secessionist acts and calls upon them not to facilitate or in any way assist this the aforesaid secessionist entity.” The Council of Europe, responding to Cyprus΄ Interstate Applications, has found Turkey, through the relevant reports of the European Commission of Human Rights, responsible for serious violations of the European Convention for the Protection of Human Rights and Fundamental Freedoms, in the part of Cyprus occupied by Turkey (Cyprus v. Turkey, Joint Apps. 6789/74 and 6950/75, 26 May 1975; Cyprus v. Turkey, App. 8007/77, 10 July 1978). In addition, the European Court of Human Rights in its decision regarding the Fourth Interstate Application by the Cyprus Government against Turkey, (Cyprus v. Turkey, App.25781/94, Judgment of 10 May 2001), finds Turkey guilty of gross violations of human rights in Cyprus and in continuing violation of a number of articles of the ECHR (Articles 3, 8, 9, 10, 13 of the Convention and Article 1 of Protocol 1 to the Convention). Furthermore, in the landmark case of Titina Loizidou, a Greek-Cypriot refugee from Kyrenia, the European Court of Human Rights held that the denial to the applicant of access to her home in the occupied by Turkey territories of Cyprus and the loss of control of her property was imputable to Turkey and its subordinate local administration. The Court ruled that Loizidou remains the legal owner of her property in Kyrenia, and that Turkey is in violation of the European Convention not allowing her to access her property (Loizidou v. Turkey, (Merits), Case no. 40/1993/435/514, Judgment of 18 December 1996).

Furthermore, the lecture’s description in your website said “Yet one year after the Joint Statement, the efforts to reach a settlement are in dire straits once more, after the decision of the Greek Cypriot Leader to unilaterally suspend the comprehensive settlement talks last Autumn.” This is deeply misleading, as it does not mention that the suspension of the settlement talks was a result of Turkey’s violation of international law of the sea (UNCLOS) and specifically the Republic of Cyprus’ sovereign rights in its EEZ, a violation which is still on-going. Moreover, the violation of the Republic of Cyprus’ sovereign rights in its EEZ, is not an isolated event, but part of the on-going violation of international law and human rights by Turkey in Cyprus since 1974.

Upon these facts, we request some explanations by LSE’s authorities as to the reasons why this misguided information about Cyprus was allowed to be presented through this lecture, and also as to whether you are intentionally acting against the UK government’s stance of non-recognition of the pseudo-state you referred to as “Turkish Republic of Northern Cyprus”. Additionally, we would like to know why, Dr. James Ker-Lindsay, who is supposedly an expert on the Cyprus problem, came to embrace this misleading information, and was the Chair of this lecture.